In this release schema versioning has been added to the Schema Editor, allowing you to browse and restore previous versions of a schema.

This release note will provide an overview of the versioning feature. For more details see the Schema Editor page.

You can now view a schema's version history and restore to a previous version. To view the version history for a schema, click the clock icon at the top of the schema window. A list of available versions will be displayed, including information about when a change was made and who made it.

In the example shown below, a property called "categorytext" has been added to the schema and then the schema has been saved. A new version, version 11 has been created. 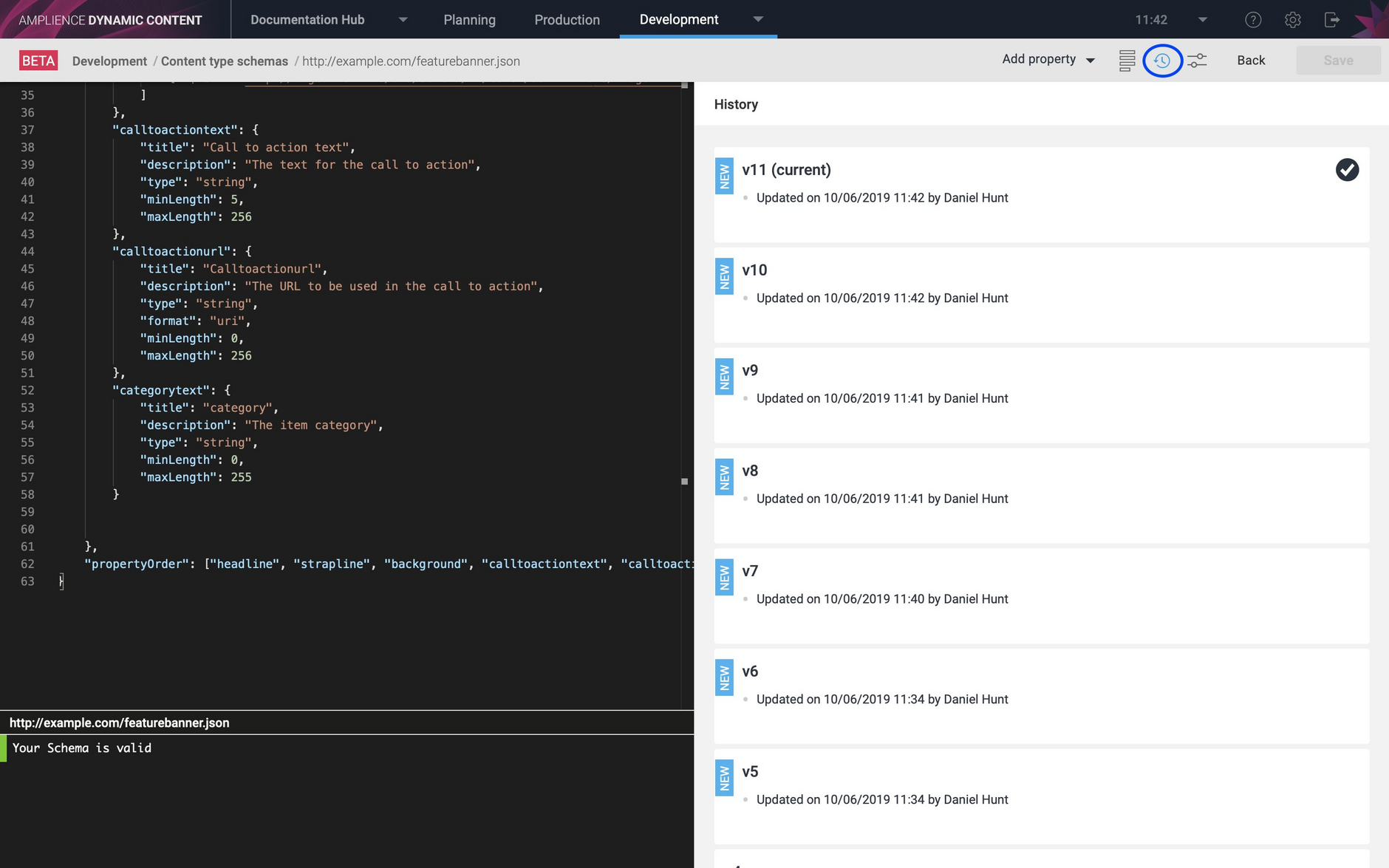 You can select a previous version to view it in read only mode in the schema window. In the example shown below, version 8 of the schema is selected, a version that doesn't include the "categorytext" property. To restore to a selected previous version, click "Restore this version". 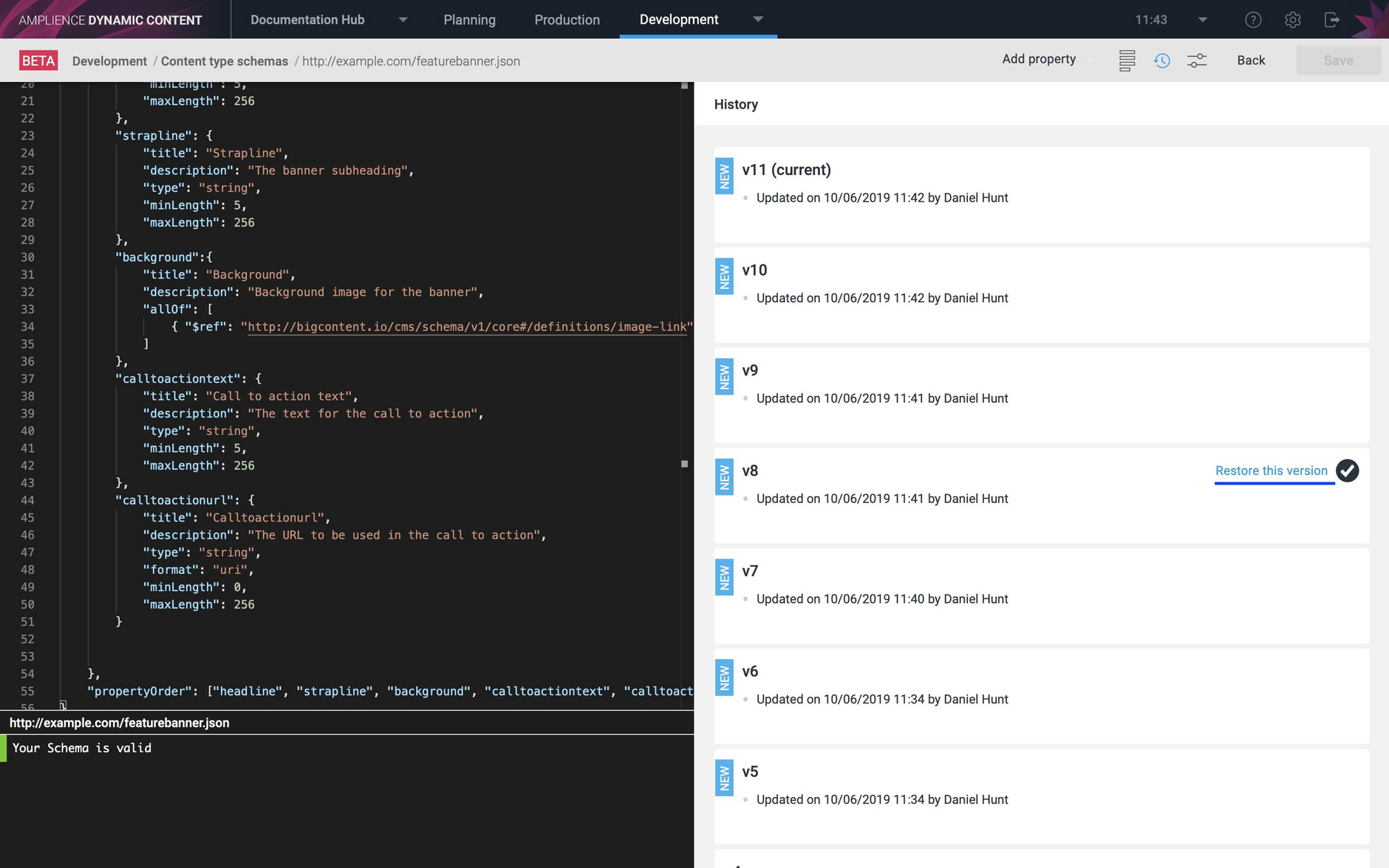 If a content type has already been registered from a schema and you update the schema, or restore from a previous version you will need to sync the content type with the current version of the schema.