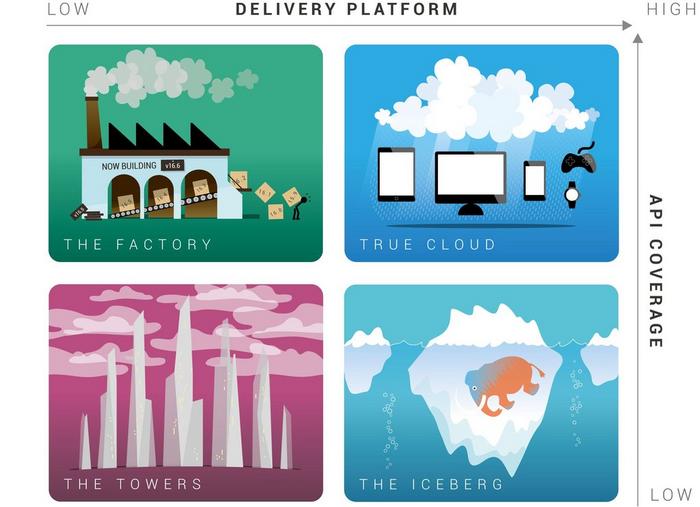 Are you also frustrated with nearly every technology being referred to as ‘Cloud’? The popularity of calling something ‘Cloud’ has massively increased due to the benefits associated with the technology. While there is a new breed of technology emerging from start-up innovations, there is also a rise in established on-premise vendors repackaging their software as cloud tech. So are all clouds created equal?

To answer this question, I defined a Technology Cloudscape using two lenses:

When mapping out the Cloudscape with these dimensions, four distinct quadrants emerge that can describe four types of Cloud tech: 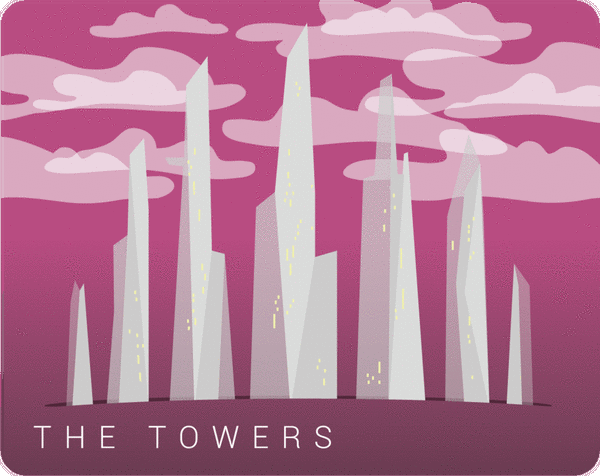 Managed service with low API Coverage
Towers are large monolithic managed systems formed from layer after layer of software and systems (the ‘Stack’) with the slightest stratum of API cloud cover at its apex. Towers are often created when on-premise systems are packaged wholesale to run on managed infrastructure. Cloud towers can be identified by the massive amount of features and functionality that can only be accessed through various lower software layers in the stack.
Towers can take away the pain of managing your own infrastructure but come at a cost: 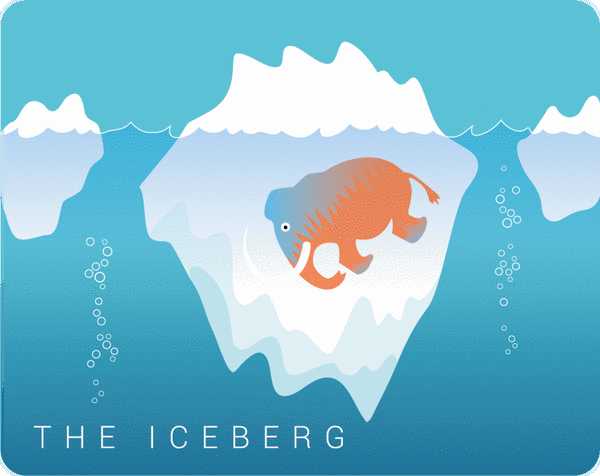 Multi-tenanted with low API Coverage
Icebergs, like Towers, are also very large feature rich monolithic systems, but unlike Towers they are architected to accommodate an entire customer base. Most Icebergs I have seen have arisen from the early cloud pioneers that have continued to invest heavily in infrastructure and features at the expense of software architecture and API development.
Icebergs are a better bet than Towers, as you gain from their large scalable distributed infrastructures with solid SLAs. However, the lack of API Coverage comes with its own drawbacks: 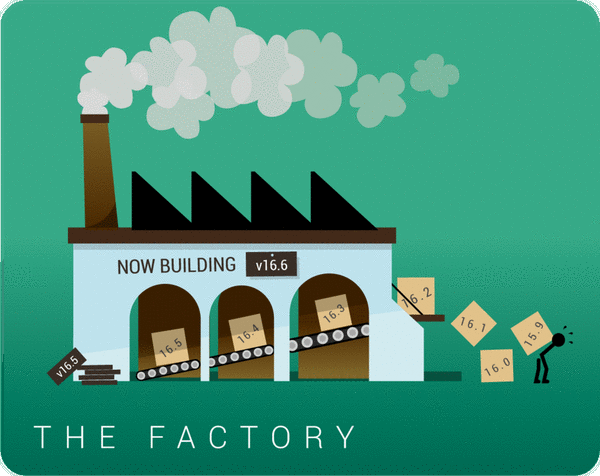 Managed service with high API coverage
Factories focus less on infrastructure and more on architecting software into discrete components that are all nicely wrapped in API services. This approach means that packages of technology can be built on automated production lines that churn out shrink-wrapped instances at super speed. Factories often evolve from on-premise systems that had already invested in API developments before moving to a cloud, or businesses that shrink-wrap open source tech into managed services. The API coverage of manufactured instances provides great platforms for developers that are easy to integrate, but suffer from the downsides of managed services: 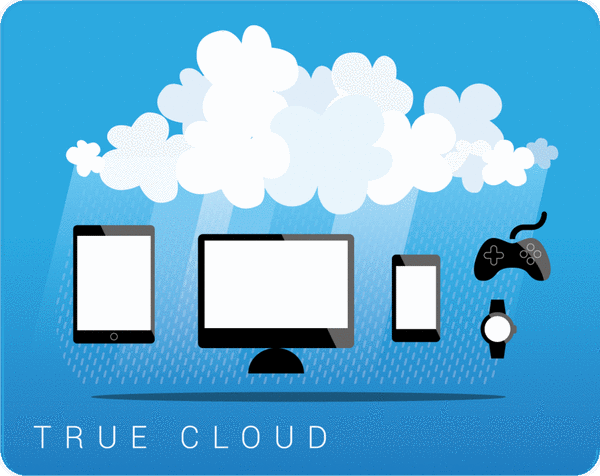 Multi-tenanted High API coverage
As the name suggests, these technologies really have fully embraced the concept of cloud at every level. They use large scale cloud infrastructures and processes to reliably deliver their multi-tenanted platforms at scale, confident in their ability to deliver services with very robust SLAs. True Cloud providers tend to adopt the API-first philosophy meaning that all platform interactions are achieved through granular APIs (micro-services) using open standards. This, alongside the benefits of a scalable multi-tenanted architecture, results in: