Historically, luxury brands have lagged behind other retail segments when it comes to ecommerce but, as the song goes, the times they are a-changin’. A recent Internet Retailer report determined that online is the fastest growing sales channel for luxury merchandise, and our latest BCI found that many luxury retailers are gaining ground with digital content.

We examined the 21 companies listed in the chart below across the five key dimensions underpinning the BCI—editorial content, rich product media, social media, user generated content (UGC) and guided selling. The BCI score reflects the brands’ cumulative ranking in each of these categories. 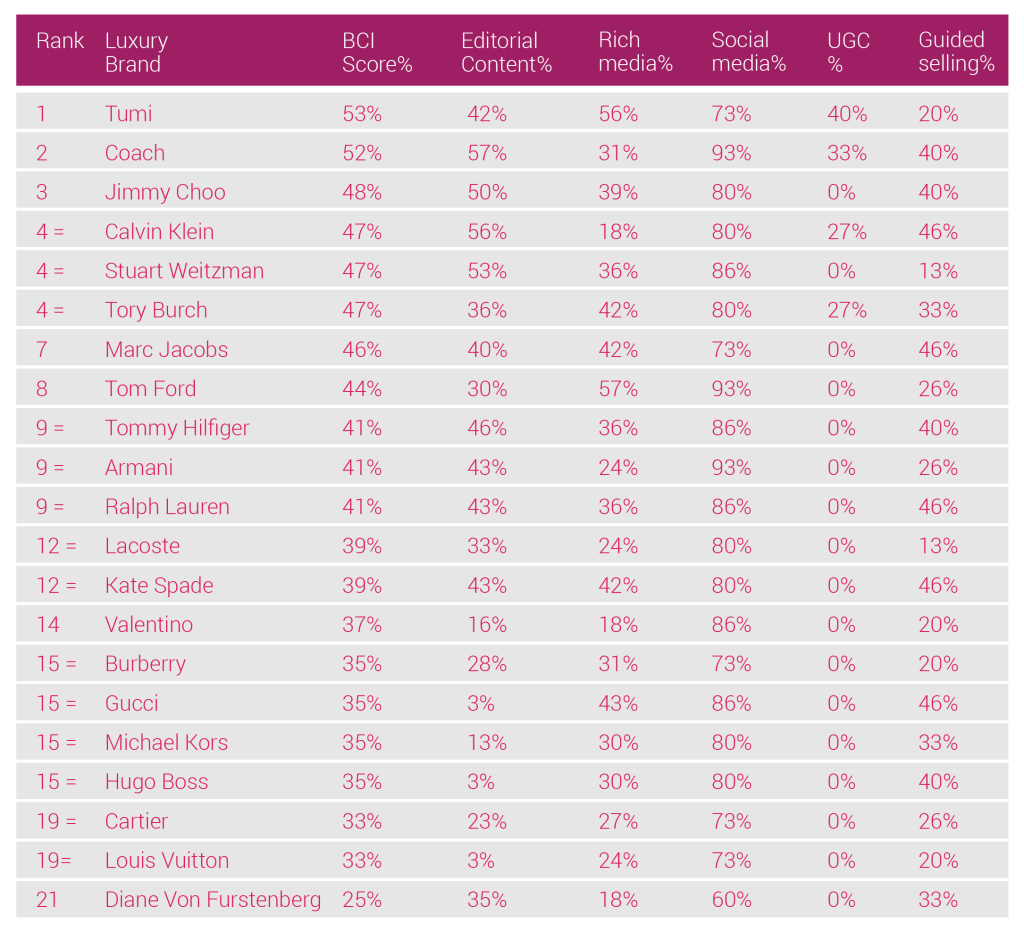 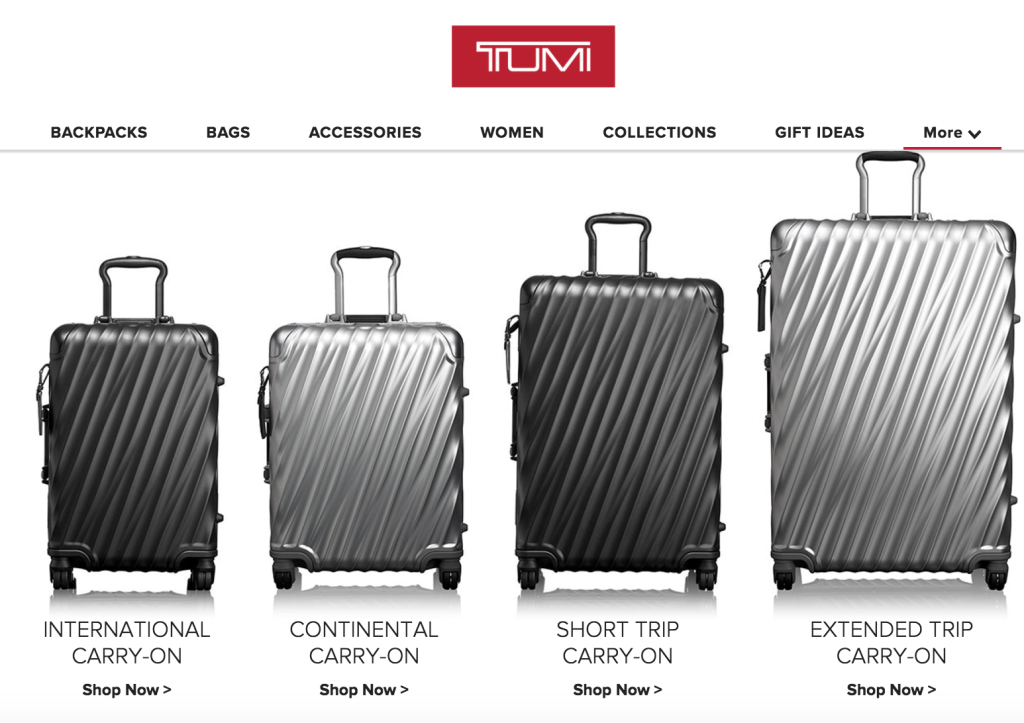 All of the retailers had some form of editorial content on their site, although scores in this category varied greatly—for example, Gucci and Louis Vuitton both scored just three percent. Scores were higher in the rich media category, ranging from 18 percent to category leader (and Amplience customer) Tom Ford at 57 percent.

The majority of brands scored quite well in the area of social media, with all the retailers landing in the 60th percentile or higher. Coach, Armani and Tom Ford tied for first place at 93 percent, followed by Stuart Weitzman, Tommy Hilfiger, Ralph Lauren, Valentino and Gucci with 86 percent, respectively. Gucci’s strength in social media was also reflected in the 2016 L2 Digital IQ Index for Fashion, which cited the company’s social presence as one of the factors contributing to its first place ranking in the report.

All of the luxury brands included in the BCI assessment employ guided selling to some degree. This is notable and a sign of the segment’s increasing ecommerce maturity, as many brands included in previous assessments came up empty in this category. When done correctly, guided selling can help retailers improve conversion rates, reduce returns and earn repeat business. Amplience customer Mark Jacobs, Calvin Klein, Ralph Lauren, Gucci and Kate Spade performed the best, with each brand earning a guided selling score of 46 percent. Kate Spade was also recognized by L2 for its “strong guided selling tools with shoppable video.”

Overall, our luxury BCI assessment suggests that retailers in this category are making headway in their use of digital content. While the cumulative BCI scores were lower than what we’ve seen in some of the previous assessments, this is not surprising when you consider that most luxury brands were slow to embrace ecommerce. The progress they’ve made to date is encouraging, and it will be interesting to see how they progress along the digital content spectrum in the months and years ahead.

If you’d like to see how brands in other categories performed in our BCI, click here, here and here—and check back soon for future posts.