We’ve written quite a bit on this blog about the critical role content plays in eCommerce success. Armed with compelling editorial material, rich media, social media and other elements of digital content, retailers can create engaging customer experiences, win new brand advocates and increase sales. This is often easier said than done, however, given the complicated content landscape facing retailers today.

This was the impetus for Amplience’s Big Content Index (BCI), which benchmarks digital content performance across five key content metrics: editorial content, rich product media, social media, user generated content (UGC) and guided selling. In a previous post we looked at how leading department stores are performing and today we’re drilling down into the BCI assessment of top homeware brands.

The chart below lists the twenty brands we examined along with their score in each of the five dimensions. The final BCI score for each retailer reflects their cumulative ranking in each category.

Only four retailers—Pottery Barn, West Elm, Williams Sonoma and Marks & Spencer—received total BCI scores of more than 50 percent. This statistic is even more sobering when you consider that the first three brands are all part of the Williams Sonoma parent company. An additional four retailers scored somewhere in the 40th percentile, and the remaining 11 companies had an average BCI score of 28 percent. These findings suggest that the majority of homeware retailers have their work cut out for them to truly capitalize on the potential of digital content.

That said, the BCI assessment also revealed some positive attributes. Editorial content is arguably one of the most critical elements and most of the brands assessed did well in this area. Crate & Barrel received the highest score in this category at 71 percent, with DFS, Wayfair and Laura Ashley all also ranking above 50 percent. Crate & Barrel’s success with editorial content is also reflected in L2’s Digital IQ Index for Specialty Retail which positioned the retailer fourth in its ranking of 100 specialty brands, noting its extension of traditional catalog collateral to its online property as a key strength. 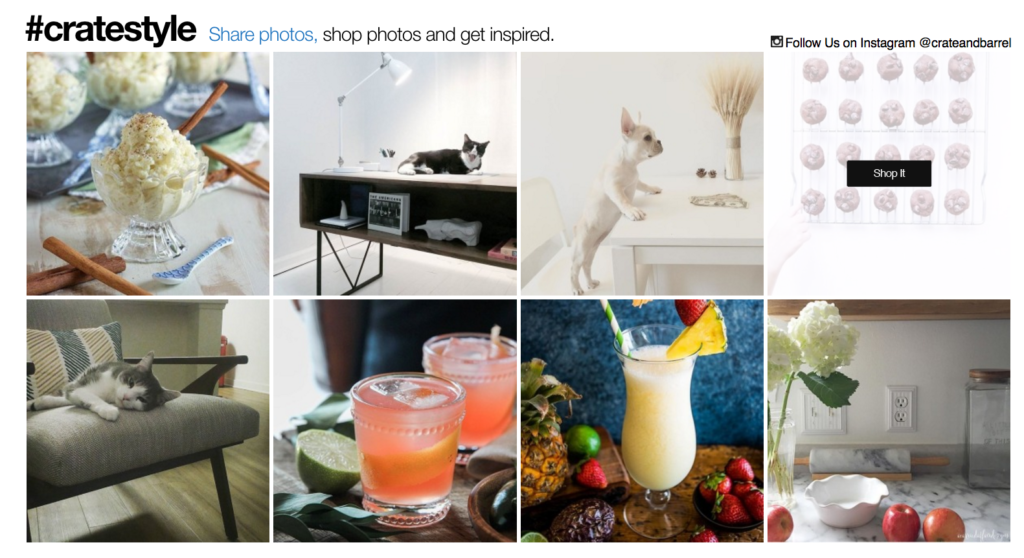 The L2 Report documented that many retailers are incorporating social channels into their marketing and eCommerce campaigns and this was also reflected in the BCI assessment. This was the highest scoring category with an average score of 62 percent. Marks & Spencer was the pack leader, earning a score of 100 percent in the social media category.

The companies performed less well in the rich media category, however. DFS and SCS were the only brands to score above 50 percent, and the average score across the twenty companies was 33 percent. Given the relatively static nature of most homeware products, perhaps it’s not surprising that many brands have yet to embrace video and other rich media elements. Looking to the future, this is certainly an area in which retailers must invest to compete effectively—particularly as consumers increasingly expect rich media experiences as the norm.

Use of UGC is another area for improvement as evidenced by the BCI assessment. The three Williams Sonoma brands scored above 50 percent in this category but the majority of retailers were significantly below, with a handful even coming in at zero. The companies’ high scores in social media suggest that there is a good framework for capitalizing on UGC—it’s just a matter of employing the right tools to do so effectively and integrate the content seamlessly across platforms.

It’s evident from the BCI assessment that homeware brands have not mastered the complexities of today’s content environment. While some are further along the spectrum than others, delivering high quality content that provides rich, engaging customer experiences remains an area of improvement for all of the retailers assessed. We’ll keep an eye on these brands as they continue to grapple with the big content challenge and track their progress against the BCI metrics. We’ll also be looking at how retailers in other categories are performing, so be sure to check back for future blog posts on other BCI assessments.

In the meantime, check out the Amplience Big Content Index here and reach out if you’re interested in how we can help you meet the content challenge head on.